DENVER, CO – 25 FEBRUARY 2020 – Financial Planning Standards­ Board Ltd. (FPSB), owner of the international CERTIFIED FINANCIAL PLANNER certification program outside the United States, reported another year of growth for the global CFP certification program in 2019, as the total number of CFP professionals worldwide rose to 188,104. With a net increase of 6,744 CFP professionals over the previous year, FPSB and its global network of affiliate organizations grew the global CFP professional community by 3.7% last year, for an average percentage growth rate of 3.6% over the past five years.

“Financial Planning Standards Board is pleased to see continued strong interest among financial advisors and financial planners in pursuing CFP certification, the global symbol of excellence in financial planning,” said Noel Maye, CEO of FPSB. “FPSB is committed to supporting members of the public in their efforts to identify and work with competent, ethical financial planners who put their clients’ interests first. Having a large and growing community of CFP professionals worldwide committed to providing advice and services in an ethical and professional manner will support FPSB’s mission to benefit the public, and help restore public confidence and trust in financial services globally.”

CFP Board, FPSB’s member organization in the United States with the longest running CFP certification program, continued its strong showing by finishing last year with 86,378 CFP professionals in the U.S. (a net growth of 3,272). FPSB China placed next, growing its number of CFP professionals by over 2,000 for a total of 22,048 at the end of 2019. 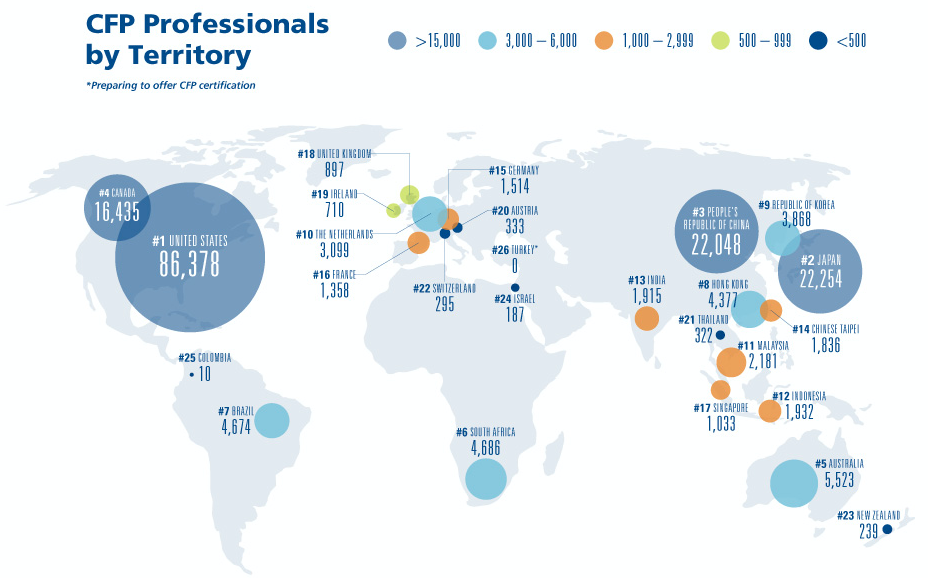 Rounding out the top seven bodies with strongest CFP professional growth in 2019 were: